The Beantown Swing Orchestra specializes in the performance and education of big band swing, one of the most popular and sophisticated forms of American music ever created. With a rotating roster of young and talented musicians capable of mastering and perpetuating this great music, the band is well on its way to achieving its mission of bringing swing back into the mainstream for all to enjoy. The Beantown Swing Orchestra performs as a standard 18-piece big band as well as reduced 9-piece band. The smaller band plays the same music as the big band, but with fewer horns for more intimate venues. Both versions combine acoustic and often vintage instruments with superior musicianship to produce the distinct big band sound recognized by generations worldwide. 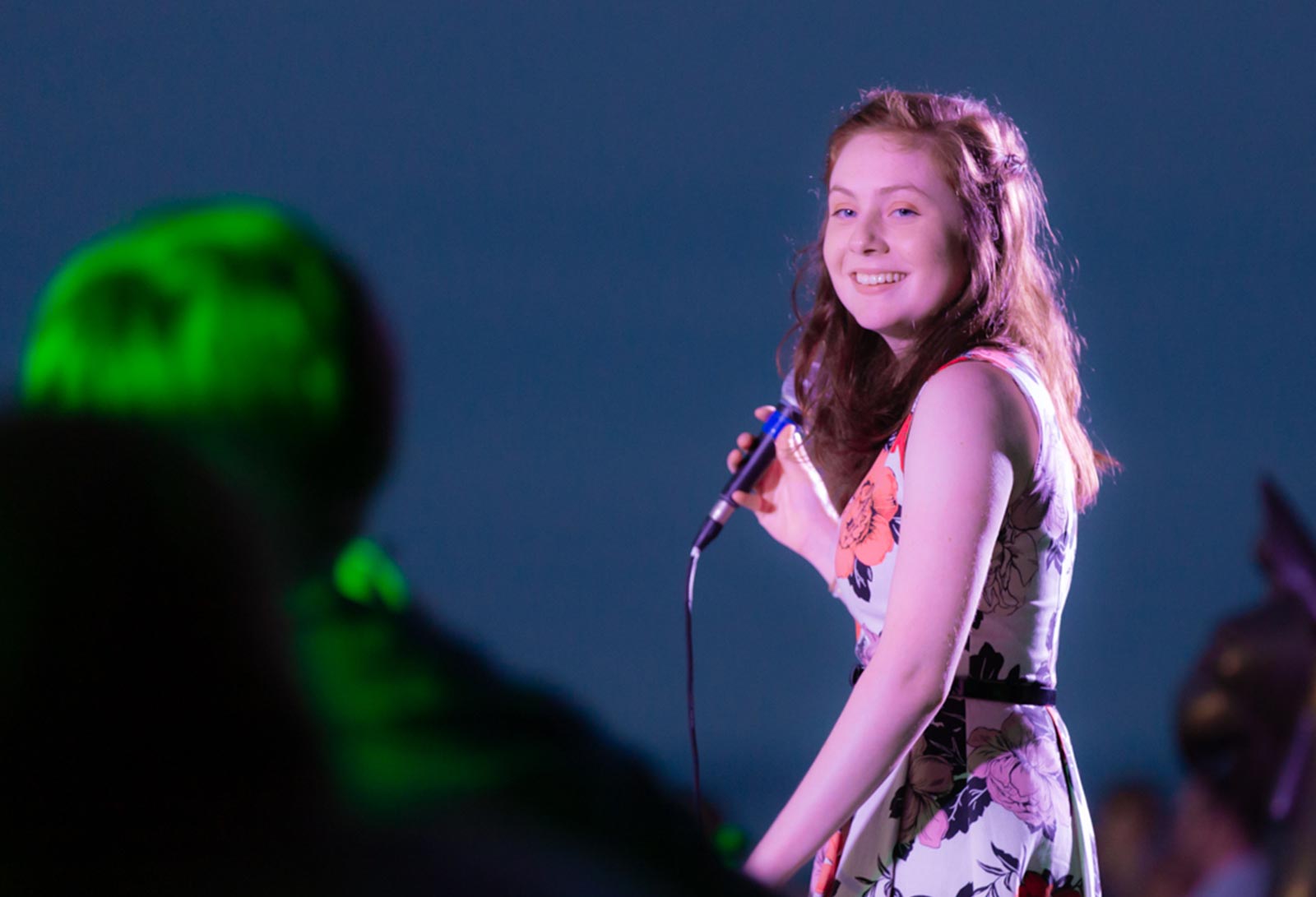 Music for Dancing and Unification

The music of the Swing Era (1935-1946) was created specifically for dancing, with its characteristic and infectious swing beat and exciting horn harmonies. The magic of this music unified black and white youngsters on the dance floor, which was unprecedented in an era of racial segregation. The musicians were young as well, with most of them in their twenties and the “rock stars” of their time. Swing music was so popular that it dominated the airwaves across the world; sadly, this was the last time that any form of jazz would be this widely recognized. After World War II, when youngsters moved on to other forms of music like rock and roll, swing became stagnant, and older, less energetic musicians brought it down a path of mediocrity. 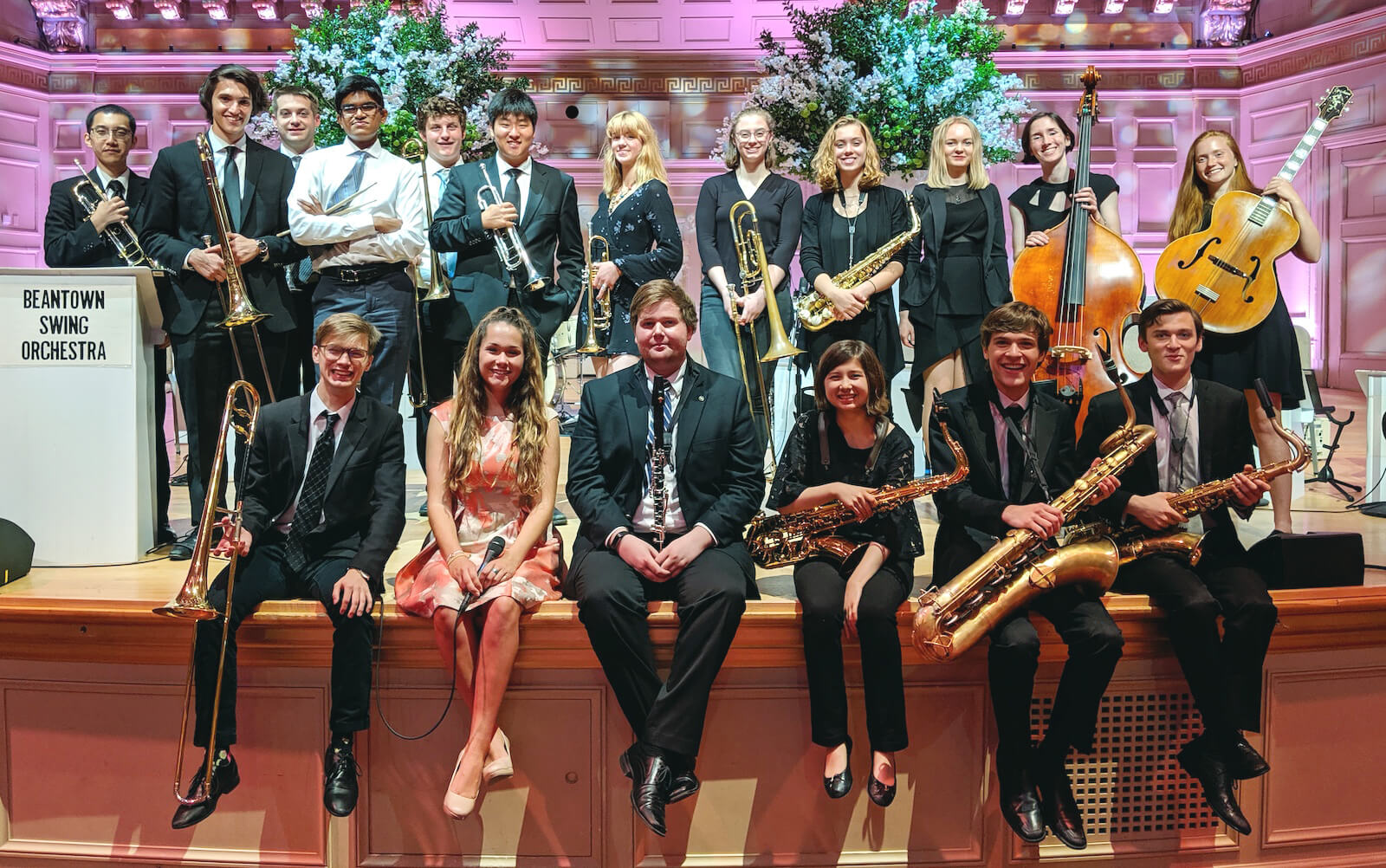 The Future of Big Band Swing

Now, seventy years later, the time has come for the Beantown Swing Orchestra to pick up where the young Swing Era bands left off. Like those bands, most of our musicians are in their teens and twenties and have the right mentality and drive to propel this music forward for current and future generations to enjoy. The result is another type of unifying magic – kids, teens, adults, and seniors dancing together to the same music. We believe it is this unique characteristic that will help ensure the widespread acceptance and enjoyment of big band swing music for years to come. 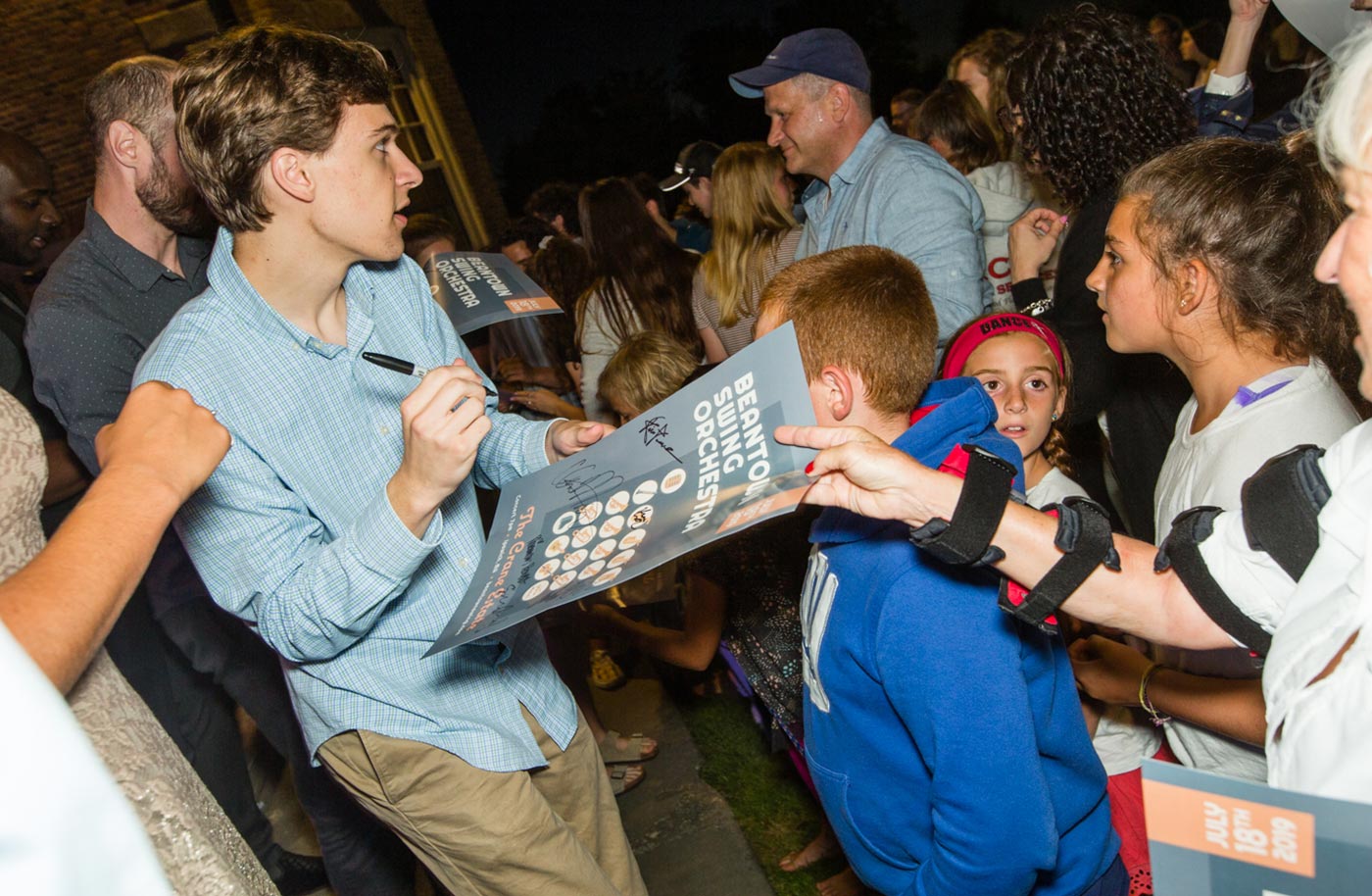